The Ontology of Emotions

Today's post is written by Hichem Naar and Fabrice Teroni. In this post, Hichem and Fabrice present their new edited volume The Ontology of Emotions, recently published by Cambridge University Press.

Hichem Naar is Assistant Professor in philosophy at the University of Duisburg-Essen, a member of the Philosophical Anthropology and Ethics Research Group, and an associate member of the Thumosresearch group, the Genevan research group on emotions, values and norms hosted by the CISA, the Swiss Centre for Affective Sciences. Hichem currently works on the nature, value, and normative significance of various attitudes, including emotions.

Fabrice Teroni is Associate Professor in philosophy at the University of Geneva and co-director of Thumos. He works in the philosophy of mind and epistemology. He is also interested in the nature of emotions elicited by fiction, in the involvement of the self in emotions as well as in the phenomenology of memory. 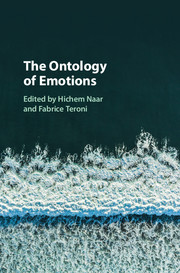 What kind of thing is an emotion? No one will seriously doubt that it is a psychological entity of some sort. There is also widespread agreement among philosophers regarding some of the features that are exemplified by emotions – they are felt, relatively short-lived, and directed to the world.

Recent work on the nature of emotions has almost exclusively focused on identifying their necessary features. Are emotions necessarily related to motivation? Do they necessarily have an object? What is the relationship between the phenomenal character of an emotion and its representational content? Are emotions themselves in addition, say, to the beliefs that may cause them or the actions that they themselves promote – assessable as justified, appropriate or rational?

While important in their own right, these questions have been so prominent in recent debates that, regrettably, very little attention has been devoted to identifying the general ontological category to which emotions belong.

Are emotions kinds of events? Their being short-lived may suggest so. But emotions are perhaps kinds of processes. Saying so would at least allow one to do justice to the idea that emotions have components or stages. Yet another possible position is that emotions are dispositions of some sort, suggesting a specific way of explaining their link with behaviour.
The key motivation behind The Ontology of Emotions is that investigating these basic ontological issues – which begin to arouse the interest of many philosophers of mind – will positively contribute to current discussions about the emotions and have far-reaching effects on future research about them.

The volume brings together leading researchers in the metaphysics of the mind and philosophers deeply engaged in ontological questions about the emotions. Here is a sample of some of the issues discussed in the volume: 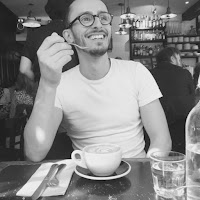 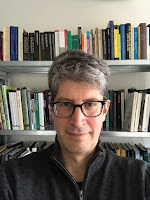