A New Defence of Doxasticism about Delusions

Today's post is by Peter Clutton is a graduate student at the Australian National University School of Philosophy (previously at Macquarie University) working on the nature and taxonomy of delusions. 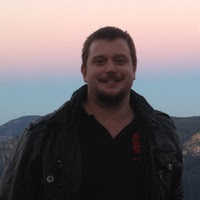 It might seem obvious that delusions are beliefs. People with delusions typically insist they believe what they say, and the fact that they do is often the very reason they come to clinical attention in the first place. Indeed, clinical manuals like the DSM define “delusion” as a type of “false belief”.

On the other hand, delusions seem to defy many preconceptions about the nature of belief. For example, we expect people to act on their beliefs, but people with delusions do not always act in expected ways: people with the Capgras delusion insist that their spouse has been replaced by an imposter, and yet they often continue to live with the supposed imposter, and do not to report their “real” spouse missing.

I argue that delusions really are beliefs, despite the fact that they violate these preconceptions about beliefs. I defend what I refer to as a “cognitive phenomenological” account of belief (based on the work of Kriegel), and argue that on this view, delusions are beliefs. On this view, beliefs are defined by the type of experience they involve. When I consider the proposition “snow is white”, for instance, I experience a certain kind of mental assent towards the proposition. That is what it is to believe that snow is white.

There are a number of reasons to suppose that people with delusions do indeed experience this kind of mental assent towards the propositions they assert. Evidence of this can be found in clinical reports and interviews, as well as in the cognitive scientific work on delusions. All of this evidence suggests that people with delusions have the same, familiar experience of mental assent we all do to the propositions we believe.

I go on to provide reasons for preferring my defence of delusions as beliefs over other defences in the literature. For example, in the most thorough work on this topic, it has been convincingly argued that delusions are similar in kind to beliefs, and that they can be interpreted as such. However, I argue that my defence represents a stronger fit with the impressive range of cognitive scientific work on delusions.

I conclude by considering a final objection. Many researchers have argued that people with delusions undergo a radical change in their overall experience of the world, and that this renders their delusions totally unlike typical beliefs. I suggest that this line of thought ought to be explored further, and that in fact my own view might be compatible with it: perhaps patients do undergo such experiential change, and yet continue to mentally assent to their delusions in the typical manner.

in Perception and Basic Beliefs

This chapter sharpen the standard taxonomy of doxastic and nondoxastic theories, invoking two crucially orthogonal principles: the Belief Principle holds that only beliefs can serve as evidence for beliefs; the Grounds Principle holds that every justified belief must be based on evidence. Though the former principle is often cited as the central slogan of doxastic theories, it is only part of doxasticism and is actually something an externalist can embrace. The famous Sellarsian dilemma, which argues that nondoxastic experience, “the given,” cannot justify beliefs, therefore does not provide an argument for doxasticism. Rejecting doxasticism on independent grounds while accepting the Belief Principle provides a novel argument against the Grounds Principle and therefore in favor of a nonevidentialist epistemology.

Epistemology [from Greek doxa , opinion or belief] A doxastic state refers to one's belief. Doxastic theory claims that epistemic justification is only a function of such a state. We can determine what to believe on the basis of the overall beliefs we possess, without needing to take into account anything else, including perceptual states. Both foundationalism and coherentism are doxastic theories. This theory is thus opposed to non-doxastic theory, which claims that in order to justify one's beliefs it is not enough to examine the beliefs themselves. Rather we must refer to the cognitive process of belief-forming and belief-preserving. Non-doxastic theory is divided into internalism , which suggests that justification is a function of one's internal states, and externalism , which argues that justification must involve factors that are external to one's consciousness. “Doxastic theories take the justifiability of a belief to be a function exclusively of what else one believes.” Pollock and Cruz, Contemporary Theories of Knowledge