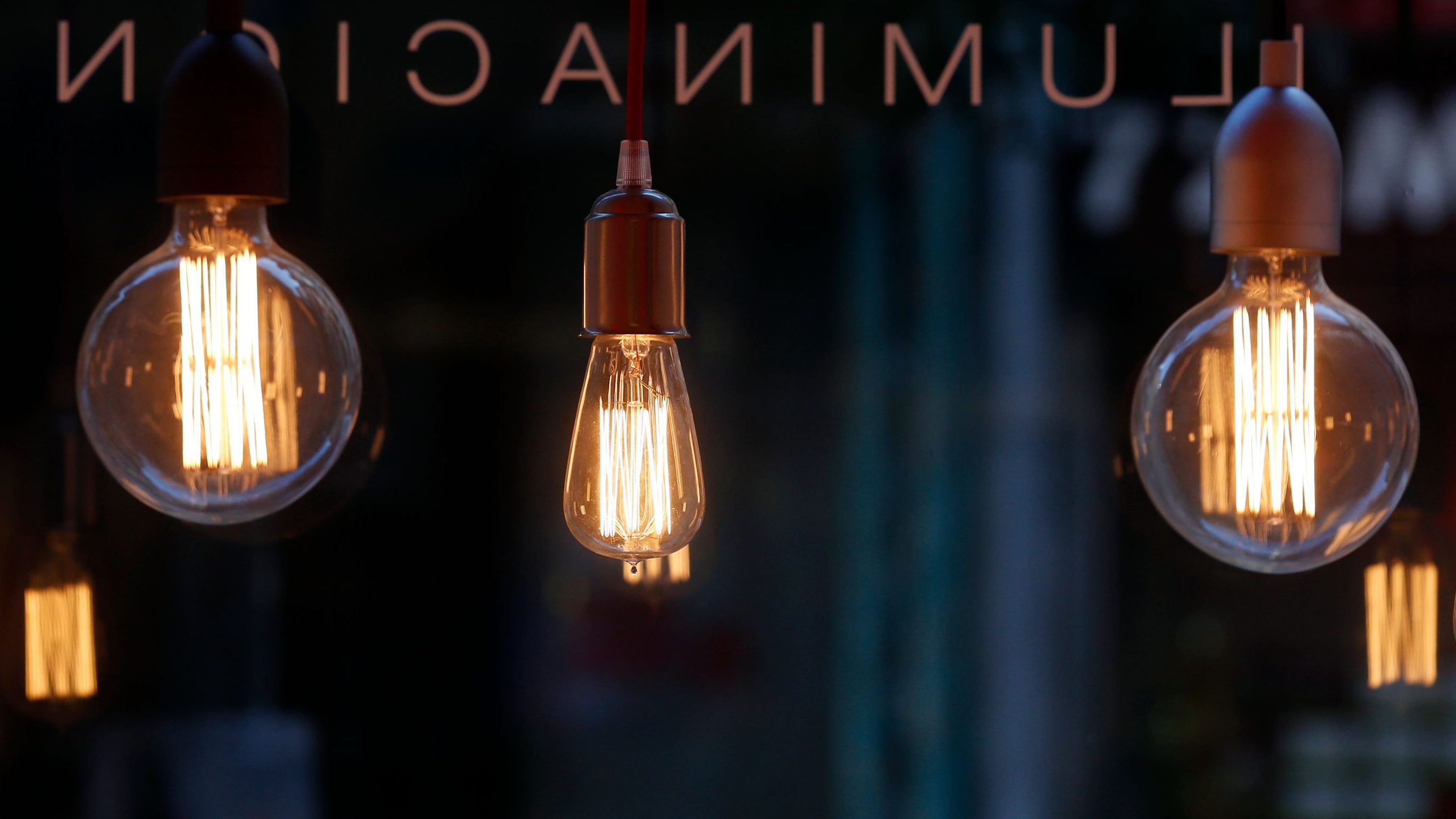 It's not just a "lightbulb" moment. (Reuters/Andrea Comas)

What has the ability to influence your opinions, in some cases, even more than your own political party? A metaphor, as it turns out.

When we think about metaphor, we might think about how we typically learn about metaphor in school: as a poetic device or a rhetorical flourish. But, metaphors are not simply confined to the world of poetry—they are all around us. We describe time as money (“spending time”), arguments as war (“you attacked my argument,” “I defended my argument”), love as a journey (“their relationship hit a dead end”), and emotional states as directions (“he was feeling down,” “cheer up”). By some estimates, we use metaphors every 25 words, but because metaphors are so embedded in our language, they often go unnoticed.

Emerging psychological research tells us that something as simple as a single metaphor can have consequences for how we think. They can also be powerful tools in the hands of those looking to shape our opinions.

In a recent Stanford study, participants were presented with brief passages about crime in a hypothetical city named Addison. For half of the participants, a few words were subtly changed to describe crime as a “virus infecting” the city. For the other half, crime was described as a “beast preying” on the city. Otherwise, the passages remained exactly the same.

Not just a poetic device

UC Berkeley cognitive linguist George Lakoff has proposed that the way we think about concepts is fundamentally metaphorical. In other words, we don’t simply talk with metaphors, we think with them. We rely on what is simple and familiar to us, like money, to understand what is more complex and distant, like time.

Metaphors may also reinforce culturally-ingrained stereotypes. For instance, Kristen Elmore of Cornell found that describing ideas as “light bulbs” rather than “seeds” caused participants to think that the ideas of famous inventors like Alan Turing were more exceptional. However, the opposite was true when these metaphors were used with female inventors. In this case, ideas described using the “seed” metaphor were rated as more exceptional. Perhaps this is because we often hear stories about famous men being “struck” by genius in a flash of brilliance. Think of Ben Franklin’s insight about electricity while flying a kite in a lightning storm, or Isaac Newton’s epiphany about gravity while watching an apple fall from a tree. On the other hand, we may expect women (paywall) to take on a more nurturing role, tending to ideas like seeds in a garden—and this stereotype is sown into our language.

We are also not consciously aware of how much metaphors influence our thinking. In the crime metaphors experiment, when researchers asked what influenced people’s opinions about crime, almost no one mentioned the metaphor. Instead, participants mentioned aspects of the passage that were the same for everyone, such as the statistics presented about crime. While metaphors make complex concepts easier to digest, they inevitably simplify, shape, and distort our perceptions of these concepts, changing our thoughts in ways that we are not aware of.

Metaphors don’t just exist in language, they live all around us. If that sounds bizarre, consider the results of a study by Yale social psychologist John Bargh. Participants were either given a cup of iced or hot coffee, and then were asked to read a description about an individual. Holding the warm coffee caused participants to rate this individual as more socially warm.

Why would a single cup of coffee have that sort of impact?

Metaphors don’t just exist in language, they live all around us. Cognitive scientists suggest that many of the metaphors we use to understand reality are based on our experience of having a body in the physical world. Mental thought is built on physical thought, and we use physical metaphors to understand abstract concepts. This causes certain ideas, like social warmth and physical warmth, to be intertwined in our minds to a point where experiencing physical warmth can activate ideas of social warmth.

This tendency for the physical environment to affect our reasoning can have dramatic consequences for how we form important opinions, including moral judgements. While we may like to think that our concept of morality is rational, based on careful reasoning, psychology research has shown that much of it is based on intuitive emotions, such as disgust. And, like physical and social warmth, physical and moral disgust are also linked in our minds, which can lead to surprising consequences. For instance, University of Cambridge psychologist Simone Schnall found that evoking a sense of physical disgust by exposing people to a bad smell caused people to make more severe moral judgements. Schnall also found that evoking a sense of cleanliness by having people wash their hands caused individuals’ moral judgements to become more lenient.

Metaphors, even when they are on the page, evoke physical sensations in our mind. One neuroscience study showed that reading the sentence “he had a rough day,” instead of the sentence “he had a bad day,” activated the part of the brain associated with texture. Metaphors are physical and visceral, causing us to simulate certain sensations in our mind, which may be a reason why they hold such power over our thoughts.

Poetry all around us

Metaphors lurk in our language, our thoughts, our assessments of people and situations, and even in the cup of coffee you are holding. Perhaps this is why we are so moved by poetry and art. Our brains think using metaphor, and when art gives us new metaphors, it could also be giving us new ways to think.

Outside the realm of art, we can be mindful of the metaphors that exist all around us and the influence they have on our thoughts. We can also be wary when others use them to try to distort reality or shape our opinions.

Words matter, and if we are careful with our words, we can use them to make a positive impact. Like poets, we can approach our language with grace and precision, crafting metaphors that are persuasive and give people new ways to think about issues.