Control and Fear: What Mass Killings and Domestic Violence Have in Common

Sitora Yusufiy, the ex-wife of Orlando shooting suspect Omar Mateen, spoke on Sunday outside of her home in Boulder, Colo.Published OnJune 14, 2016CreditImage by Autumn Parry/Daily Camera , via Associated Press

One of the first things we learned about Omar Mateen, the gunman in the nightclub massacre in Orlando, Fla., was that his ex-wife said he had beaten her severely until she left him in 2009.

If it sounds familiar that a gunman in a mass shooting would have a history of domestic violence, it should.

In February, Cedric Ford shot 17 people at his Kansas workplace, killing three, only 90 minutes after being served with a restraining order sought by his ex-girlfriend, who said he had abused her. And Man Haron Monis, who holed up with hostages for 17 hours in a cafe in Sydney, Australia, in 2014, an episode that left two people dead and four wounded, had terrorized his ex-wife. He had threatened to harm her if she left him, and was eventually charged with organizing her murder.

When Everytown for Gun Safety, a gun control group, analyzed F.B.I. data on mass shootings from 2009 to 2015, it found that 57 percent of the cases included a spouse, former spouse or other family member among the victims — and that 16 percent of the attackers had previously been charged with domestic violence.

Social scientists have not settled on an explanation for this correlation, but their research reveals striking parallels between the factors that drive the two phenomena.

There are, of course, a tangle of factors behind every murder, especially terrorism inspired by foreign groups. But research on domestic violence hints at a question that often arises from seemingly inexplicable events like Mr. Mateen’s massacre of 49 people at an Orlando nightclub — what drives individuals to commit such mass attacks? — and sheds light on the psychology of violence.

Domestic violence often follows a pattern in which an abuser seeks to control every aspect of a victim’s life. The scope and intent of this are hinted at in one name experts use for it: “intimate terrorism.”

“The perpetrator is engaging in a general pattern of control over the victim — her finances, her social contacts, the clothes she wears,” said Deborah Epstein, who runs Georgetown University Law Center’s domestic violence clinic. Violence is the perpetrator’s means of enforcing that control — and of punishing any attempts to break it.

Mr. Mateen’s brief marriage to Sitora Yusufiy seems to fit this model. She has said that he forced her to hand over her paychecks to him, forbade her to leave the house except to go to work, and prevented her from contacting her parents. Even small perceived infractions were met with a violent response.

“He would just come home and start beating me up because the laundry wasn’t finished or something like that,” Ms. Yusufiy told The Washington Post. 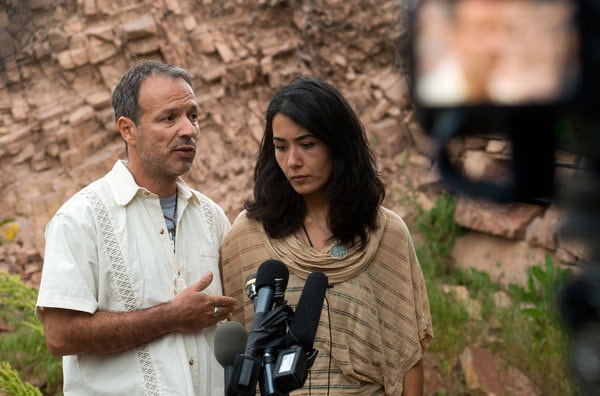 Sitora Yusufiy, the ex-wife of the gunman in the nightclub massacre in Orlando, Fla., and her fiancé, Marcio Dias, at their home outside Boulder, Colo., on Sunday.CreditAutumn Parry/Daily Camera, via Associated Press

Take this dynamic of coercive violence to its most horrible extreme, and it looks an awful lot like how the Islamic State treats women in its self-proclaimed caliphate. As my Times colleague Rukmini Callimachi has reported, the group has created a vast infrastructure of rape and slavery in which women are held captive and bought and sold by its fighters. It is intimate violence on an industrial scale.

Domestic violence, experts say, is also often a way for male abusers to impose their view of “traditional” gender roles. Ms. Epstein said such “traditions” in the United States were rooted in the idea of men having control over women.

“That’s our culture: It’s all about men controlling women in their lives,” she said. “Intimate terrorism stems from that desire to control.”

This bears striking similarities to how the Islamic State presents its treatment of women as a recruiting tool, promising young men abroad — particularly in Europe — that its caliphate will allow them to restore “traditional” gender norms of male dominance. This dominance is exercised in part through violence including systematic rape and the threat of rape. The group often presents this violence as a means to measure and protect men’s honor.

It seems natural, then, that the Islamic State might appeal to men who desire that sort of control over the women in their lives, separate from any ideological draw — the kind of men who might have domestic violence in their past.

Nimmi Gowrinathan, a visiting professor at the City College of New York who studies women’s roles in insurgent and terrorist conflicts, said that restrictive norms about gender and sexuality could be a “pull” factor for terrorist organizations — but that people who are drawn to them are also often “pushed” by their own pre-existing attitudes or desires.

Terrorist attacks and mass shootings garner attention and frighten the public much more than episodes of domestic violence. But domestic violence has a much higher death toll in the United States.

According to the Violence Policy Center, 895 women in the United States were murdered by their current or former intimate partners in 2013 (and this does not include those killed amid mass shootings). That single-year tally is more than nine times the 92 people the New American Foundation has counted as killed in jihadist attacks on American soil in the past decade.

But there are striking parallels between the intimate terrorism of domestic violence and the mass terrorism perpetrated by lone-wolf attackers like Mr. Mateen seems to have been. Both, at their most basic level, are attempts to provoke fear and assert control.

Domestic violence, experts say, often occurs when an abuser concludes that violence is the best tool to solve his or her grievances. That might mean a husband who perceives his wife’s failure to do the laundry as a challenge to his rightful authority, leading him to try to reimpose his will through violence.

Clark McCauley, a professor at Bryn Mawr College who studies the psychology of mass violence and terrorism, said he was not aware of research finding a causal relationship between domestic violence and terrorism. But he has found that a characteristic common to mass killers is a sense of grievance: a belief that someone, somewhere, had wronged them in a way that merited a violent response. 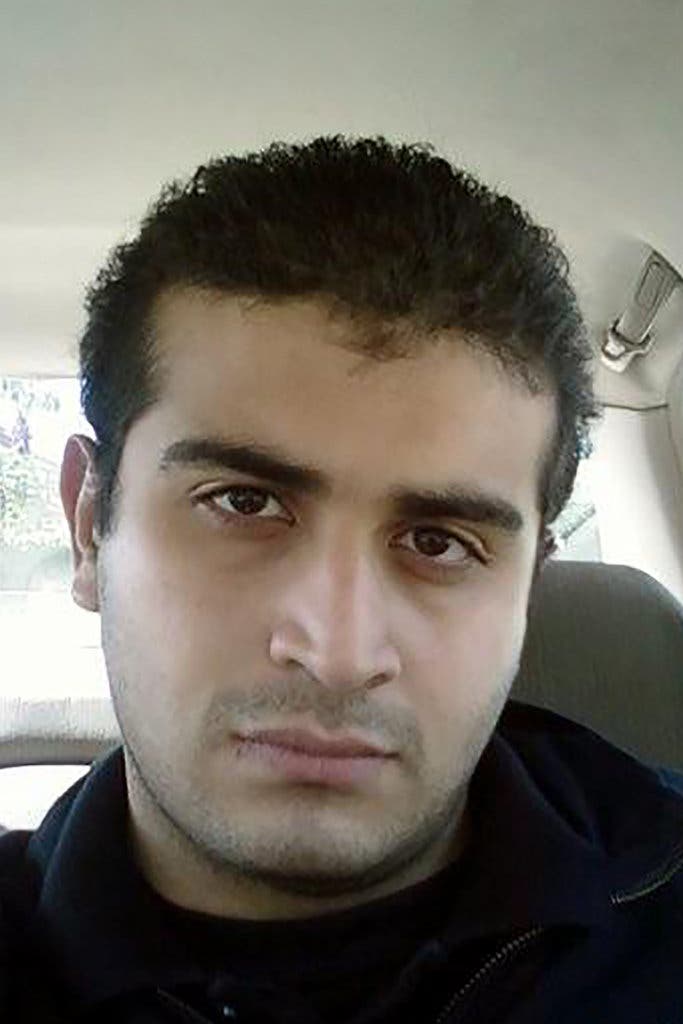 That grievance could be personal, or it could be political — a sense that the perpetrator needed to act in the name of a larger group.

Paul Gill, a senior lecturer at University College London who studies the behavior of lone-actor terrorists, said that violence was, in a sense, a learned psychological skill: “Having a history of violence might help neutralize the natural barriers to committing violence.”

From that perspective, domestic violence can be seen as a psychological training ground for someone like Mr. Mateen to commit a mass attack.

A domestic abuser’s desire to impose, by force, supposed traditional gender roles also sometimes includes sexuality. Such abusers, experts say, may see homosexuality as a threat to their masculinity.

“There is an idea that what it means to be masculine is to be vigilant of your sexuality, and hypervigilant towards keeping anyone from perceiving you as gay,” said Gillian Chadwick, a fellow at Georgetown University Law Center.

Intimate terrorism, in that sense, rests on a broader spectrum of violence meant to preserve the traditional dominance of heterosexual men, and coerce those who are perceived as threatening that order. That spectrum, at the extreme end, includes mass shootings.

This connection makes it somewhat easier to understand an apparent contradiction: that Mr. Mateen targeted a gay nightclub and that his father and ex-wife have said he had a history of homophobic remarks, but that he also had been seen visiting Pulse, the gay nightclub he targeted, and, according to some news reports, used a gay dating app.

Could Mr. Mateen have been trying to use violence to reimpose rules about gender and sexuality that he himself was troubled about violating? If so, he would not be the first.

Ms. Chadwick said there was an entire category of legal argument, called “gay panic” and “trans panic” claims, in which defendants say that they turned to violence because they were so upset about being perceived as gay, or about discovering they were attracted to a transgender person.

Ms. Gowrinathan, who studies gender and terrorism, warned against making assumptions based on Mr. Mateen’s having been a Muslim raised by Afghan immigrants to the United States, saying that domestic violence and homophobia are prevalent across cultures.

“He is the outcome of the United States’ political culture, not the Islamic State’s,” she said.

Ms. Epstein of Georgetown agreed. “People in the U.S. throw acid in the faces of their wives who have betrayed them,” she said. “Anything you could find overseas happens here, too.”

The Interpreter is a new column that explores the ideas and context behind major world events.

A version of this article appears in print on June 16, 2016, on Page A1 of the New York edition with the headline: Mass Attacks, Domestic Abuse and a Pattern of Total Control. Order Reprints | Today’s Paper | Subscribe