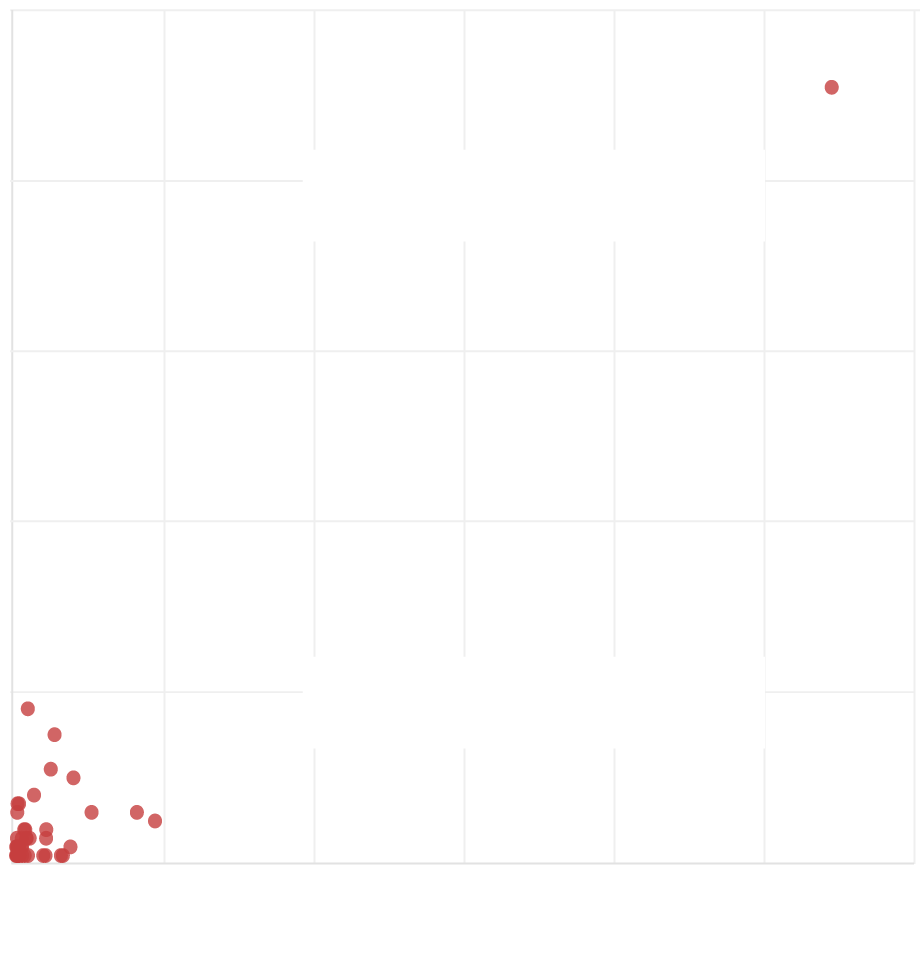 No other country has more than

When the world looks at the United States, it sees a land of exceptions: a time-tested if noisy democracy, a crusader in foreign policy, an exporter of beloved music and film.

But there is one quirk that consistently puzzles America’s fans and critics alike. Why, they ask, does it experience so many mass shootings?

Perhaps, some speculate, it is because American society is unusually violent. Or its racial divisions have frayed the bonds of society. Or its citizens lack proper mental care under a health care system that draws frequent derision abroad.

These explanations share one thing in common: Though seemingly sensible, all have been debunked by research on shootings elsewhere in the world. Instead, an ever-growing body of research consistently reaches the same conclusion.

The only variable that can explain the high rate of mass shootings in America is its astronomical number of guns. 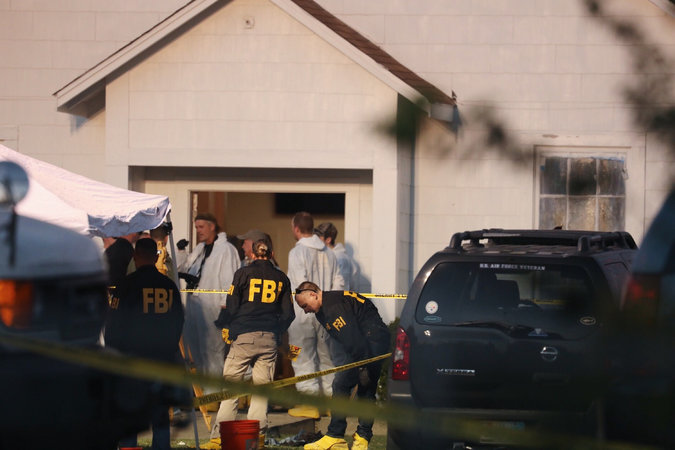 Outside the First Baptist Church of Sutherland Springs, Tex., after a mass shooting on Sunday.CreditCallie Richmond for The New York Times

A Look at the Numbers

The top-line numbers suggest a correlation that, on further investigation, grows only clearer.

Americans make up about 4.4 percent of the global population but own 42 percent of the world’s guns. From 1966 to 2012, 31 percent of the gunmen in mass shootings worldwide were American, according to a 2015 study by Adam Lankford, a professor at the University of Alabama.

Adjusted for population, only Yemen has a higher rate of mass shootings among countries with more than 10 million people — a distinction Mr. Lankford urged to avoid outliers. Yemen has the world’s second-highest rate of gun ownership after the United States. 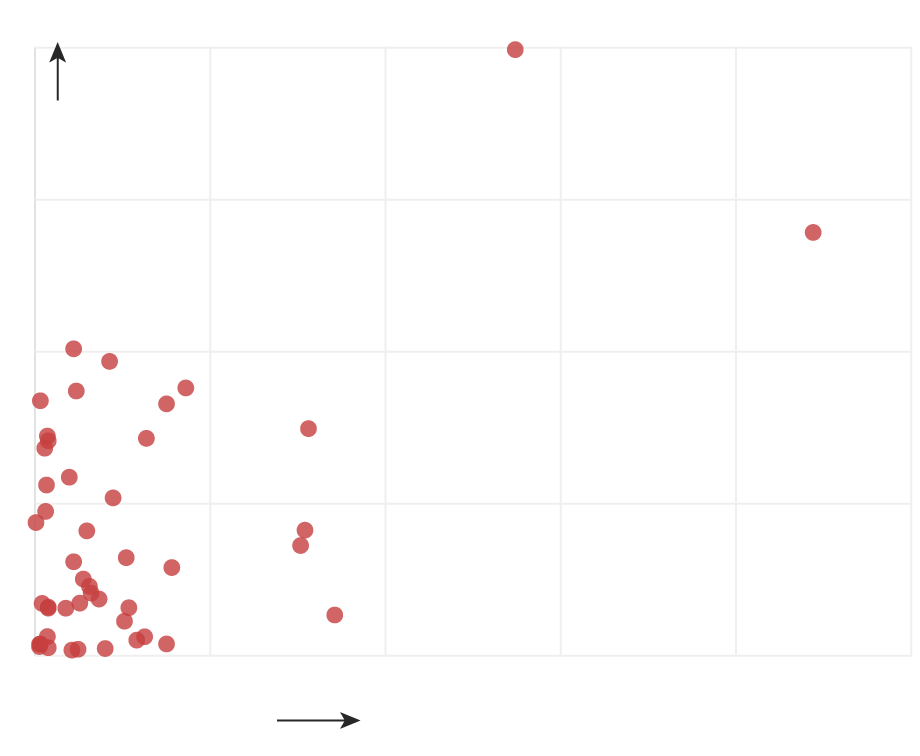 Worldwide, Mr. Lankford found, a country’s rate of gun ownership correlated with the odds it would experience a mass shooting. This relationship held even when he excluded the United States, indicating that it could not be explained by some other factor particular to his home country. And it held when he controlled for homicide rates, suggesting that mass shootings were better explained by a society’s access to guns than by its baseline level of violence.

A 2015 study estimated that only 4 percent of American gun deaths could be attributed to mental health issues. And Mr. Lankford, in an email, said countries with high suicide rates tended to have low rates of mass shootings — the opposite of what you would expect if mental health problems correlated with mass shootings.

Whether a population plays more or fewer video games also appears to have no impact. Americans are no more likely to play video games than people in any other developed country.

Racial diversity or other factors associated with social cohesion also show little correlation with gun deaths. Among European countries, there is little association between immigration or other diversity metrics and the rates of gun murders or mass shootings.

America’s gun homicide rate was 33 per million people in 2009, far exceeding the average among developed countries. In Canada and Britain, it was 5 per million and 0.7 per million, respectively, which also corresponds with differences in gun ownership.

Americans sometimes see this as an expression of deeper problems with crime, a notion ingrained, in part, by a series of films portraying urban gang violence in the early 1990s. But the United States is not actually more prone to crime than other developed countries, according to a landmark 1999 study by Franklin E. Zimring and Gordon Hawkins of the University of California, Berkeley.

Rather, they found, in data that has since been repeatedly confirmed, that American crime is simply more lethal. A New Yorker is just as likely to be robbed as a Londoner, for instance, but the New Yorker is 54 times more likely to be killed in the process.

They concluded that the discrepancy, like so many other anomalies of American violence, came down to guns.

More gun ownership corresponds with more gun murders across virtually every axis: among developed countries, among American states, among American towns and cities and when controlling for crime rates. And gun control legislation tends to reduce gun murders, according to a recent analysis of 130 studies from 10 countries.

This suggests that the guns themselves cause the violence. 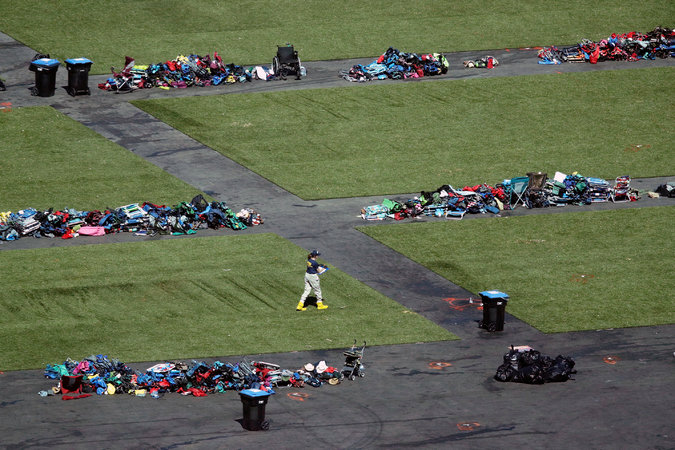 An investigator among thousands of personal items left behind after a gunman opened fire in Las Vegas last month. CreditJohn Locher/Associated Press

Comparisons in Other Societies

Skeptics of gun control sometimes point to a 2016 study. From 2000 and 2014, it found, the United States death rate by mass shooting was 1.5 per one million people. The rate was 1.7 in Switzerland and 3.4 in Finland, suggesting American mass shootings were not actually so common.

As with any crime, the underlying risk is impossible to fully erase. Any individual can snap or become entranced by a violent ideology. What is different is the likelihood that this will lead to mass murder.

In China, about a dozen seemingly random attacks on schoolchildren killed 25 people between 2010 and 2012. Most used knives; none used a gun.

By contrast, in this same window, the United States experienced five of its deadliest mass shootings, which killed 78 people. Scaled by population, the American attacks were 12 times as deadly.

In 2013, American gun-related deaths included 21,175 suicides, 11,208 homicides and 505 deaths caused by an accidental discharge. That same year in Japan, a country with one-third America’s population, guns were involved in only 13 deaths.

This means an American is about 300 times more likely to die by gun homicide or accident than a Japanese person. America’s gun ownership rate is 150 times as high as Japan’s. That gap between 150 and 300 shows that gun ownership statistics alone do not explain what makes America different.

The United States also has some of the weakest controls over who may buy a gun and what sorts of guns may be owned.

Swiss gun laws are more stringent, setting a higher bar for securing and keeping a license, for selling guns and for the types of guns that can be owned. Such laws reflect more than just tighter restrictions. They imply a different way of thinking about guns, as something that citizens must affirmatively earn the right to own. 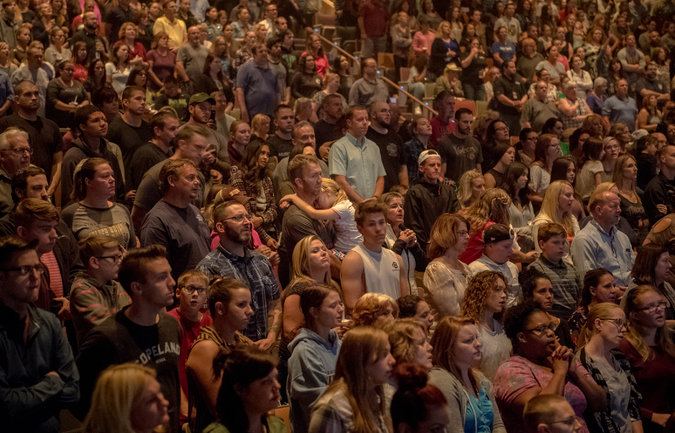 A vigil after the Las Vegas attack. CreditHilary Swift for The New York Times

The Difference Is Culture

The United States is one of only three countries, along with Mexico and Guatemala, that begin with the opposite assumption: that people have an inherent right to own guns.

The main reason American regulation of gun ownership is so weak may be the fact that the trade-offs are simply given a different weight in the United States than they are anywhere else.

After Britain had a mass shooting in 1987, the country instituted strict gun control laws. So did Australia after a 1996 shooting. But the United States has repeatedly faced the same calculus and determined that relatively unregulated gun ownership is worth the cost to society.

That choice, more than any statistic or regulation, is what most sets the United States apart.

“In retrospect Sandy Hook marked the end of the US gun control debate,” Dan Hodges, a British journalist, wrote in a post on Twitter two years ago, referring to the 2012 attack that killed 20 young students at an elementary school in Connecticut. “Once America decided killing children was bearable, it was over.”

A version of this article appears in print on November 8, 2017, on Page A15 of the New York edition with the headline: Only One Thing Explains Mass Shootings in the United States. Order Reprints| Today's Paper|Subscribe