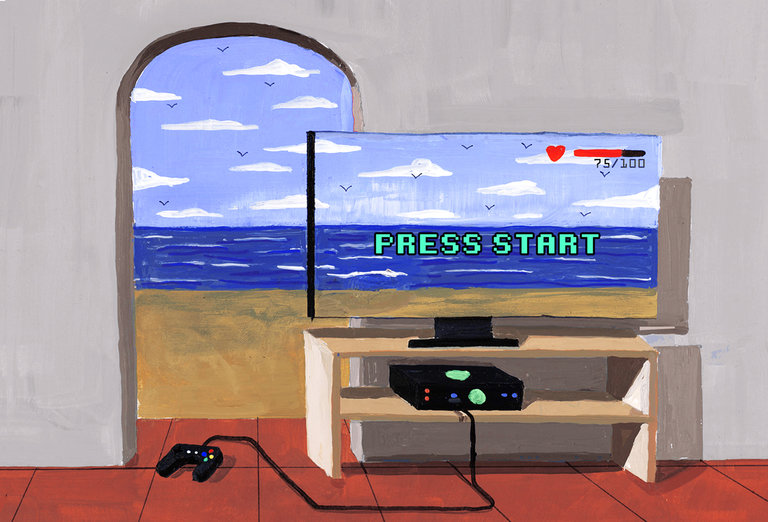 It’s certainly common to hear parents complain that their children are “addicted” to video games. Some researchers even claim that these games are comparable to illegal drugs in terms of their influence on the brain — that they are “digital heroin” (the neuroscientist Peter C. Whybrow) or “digital pharmakeia” (the neuroscientist Andrew Doan). The American Psychiatric Association has identified internet gaming disorder as a possible psychiatric illness, and the World Health Organization has proposed including “gaming disorder” in its catalog of mental diseases, along with drug and alcohol addiction.

This is all terribly misguided. Playing video games is not addictive in any meaningful sense. It is normal behavior that, while perhaps in many cases a waste of time, is not damaging or disruptive of lives in the way drug or alcohol use can be.

Let’s start with the neuroscientific analogy: that the areas in the brain associated with the pleasures of drug use are the same as those associated with the pleasures of playing video games. This is true but not illuminating. These areas of the brain — those that produce and respond to the neurotransmitter dopamine — are involved in just about any pleasurable activity: having sex, enjoying a nice conversation, eating good food, reading a book, using methamphetamines.

The amount of dopamine involved in these activities, however, differs widely. Playing a video game or watching an amusing video on the internet causes roughly about as much dopamine to be released in your brain as eating a slice of pizza. By contrast, using a drug like methamphetamine can cause a level of dopamine release 10 times that or more. On its own, the fact that a pleasurable activity involves dopamine release tells us nothing else about it.

A large-scale study of internet-based games recently published in the American Journal of Psychiatry bears out our skepticism about this “addiction.” Using the American Psychiatric Association’s own metrics for ascertaining psychiatric disorder, the study’s researchers found that at most 1 percent of video game players might exhibit characteristics of an addiction and that the games were significantly less addictive than, say, gambling.

More damning, the study found that almost none of those classified as being possibly addicted to video games experienced negative outcomes from this addiction. That is, the mental, physical and social health of these potential “addicts” was not different from that of individuals who were not addicted to video games. This suggests that the diagnosis of addiction doesn’t make much sense to begin with.

Indeed, the biggest difference between addicts and non-addicts that the study found was that the addicts played more video games. This is a diagnosis that verges on mere tautology.

The risk here, of course, is that by treating the immoderate playing of video games as an addiction, we are pathologizing relatively normal behavior. Consider a common diagnostic question used to help identify addiction, such as “I always use X to relax after a bad day.” Well, if X is methamphetamine, that’s a worrisome choice, one that presumably indicates addiction. But if X is playing video games, how is that different from unwinding after work by knitting, watching sports or playing bridge?

We don’t deny that new technologies come with some perils. We understand the nostalgia for the halcyon days of, say, the 1950s, when people were not yet bound to their personal technology and were free to enjoy the simpler pleasures of life, like stickball and climbing trees — and getting polio and having to wait in line at the bank to check your account balance.

We doubt most people would actually want to return to the good old days. We and our children are “addicted” to new technologies because, for the most part, they improve our lives or are simply pleasurable.

Evidence for addiction to video games is virtually nonexistent. That’s not to say we and our children don’t need to balance technology use with exercise, proper sleep and the responsibilities we have in real life. But indulging in panic about technology or nostalgia for a better past that never really existed does us no good.

A version of this op-ed appears in print on April 2, 2017, on Page SR6 of the New York edition with the headline: Video Games Aren’t Addictive. Today's Paper|Subscribe