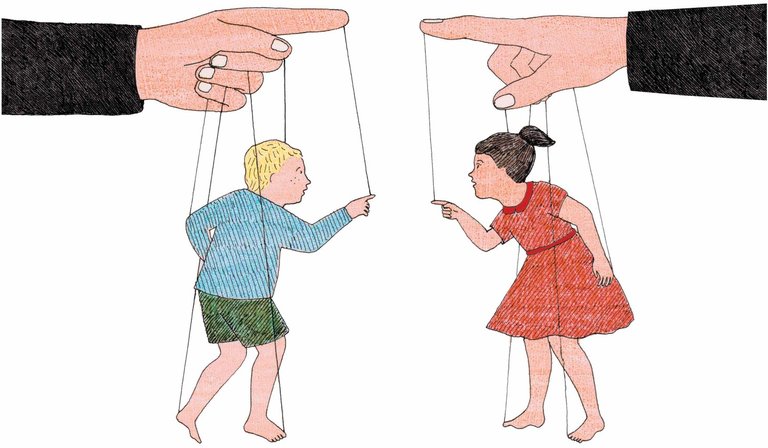 Recently, my 2½-year-old daughter asked me about the Trump video everyone seemed to be talking about. Like many parents, I had made the mistake of assuming we were still in the soft and squishy baby days when she wasn’t listening. But now she is listening.

I told her that a man who would like to be president said some mean things that hurt a lot of people’s feelings. My daughter started to cry; like many children, she is sensitive. I hugged her and assured her that everything would be O.K.

But as a psychology professor who studies the development of social attitudes, I had to ask myself, will it really be O.K.?

At the second presidential debate, Hillary Clinton talked about the “Trump effect,” a rise — anecdotally, at least — in bullying in schools. Are children adopting the negative attitudes that Donald J. Trump’s campaign has too often promoted? Do they feel a newfound sense of permissibility in mocking people, as Mr. Trump has, based on their race, their religion, their gender or their disability?

It will take time for research on education to answer those questions fully. But past research from psychology suggests that a “Trump effect” on children’s attitudes is very likely real.

Children are cultural sponges: They absorb the mores that surround them — how to dress, what to eat, what to say. This is a good thing, all in all, since a major function of childhood is figuring out how to be a proficient adult in a particular society. This means picking up on social norms. Unfortunately, this includes learning your society’s explicit and implicit views of the status and worth of different social groups.

Developmental psychology research has shown that by the time they start kindergarten, children begin to show many of the same implicit racial attitudes that adults in our culture hold. Children have already learned to associate some groups with higher status, or more positive value, than others.

An association between status and group membership can be learned surprisingly quickly. The psychologists Kristin Shutts, Kristina R. Olson and Suzanne R. Horwitz recently demonstrated that in just a few minutes of exposure in a laboratory setting to information about fictional groups with differing socioeconomic status, children picked up on which groups were wealthier — and indicated that they liked those people better.

Gender attitudes, too, form early and can be influenced by subtle cultural cues. For instance, in experiments in preschool and elementary school classrooms, teachers were instructed to make a bigger deal of gender than they typically would. They treated girls and boys equally positively, but they highlighted that the two genders were different — for instance, boys and girls hung their art on different walls, and children were labeled often as being “boys” and “girls.” Note that the children were not taught anything explicit about gender stereotypes. Yet after a few weeks, they started to endorse broader stereotypes about gender. For example, they became more likely to think that boys, but not girls, should become scientists. It seems that merely marking a category — suggesting to children that it matters — led them to pick up on cultural stereotypes.

It is also important to consider that negative information is particularly compelling to children. For example, my colleagues and I have found that when children learn about people committing antisocial actions, they remember those actions in greater detail than they do with comparable positive actions. Talking about entire groups of people as being threatening or dangerous, as Mr. Trump has done, is precisely the kind of language that children are likely to internalize.

Now, all hope is not lost. Our country has made progress on many issues of social bias, and younger generations tend to be more open-minded and tolerant of different groups than older generations are. Research by the psychologists Melissa Ferguson, Thomas Mann and Jeremy Cone shows that with sufficient countervailing positive information, even initially negative implicit attitudes about people can be unlearned.

But we need to remember that what’s at stake in a Trump presidency is not just his policy choices, his approach to diplomacy and his having a finger on the nuclear trigger. Also at stake are the attitudes Mr. Trump’s discourse would transmit to a generation of children. Electing Hillary Clinton, in addition to offering a wholly different set of policy positions, will also help teach children that America is a place where little girls can grow up to be scientists, and maybe even president.

Katherine D. Kinzler is an associate professor of psychology and human development at Cornell.

A version of this op-ed appears in print on October 23, 2016, on Page SR9 of the New York edition with the headline: How Kids Learn Prejudice. Today's Paper|Subscribe