Do You Really Have Free Will?

Of course. Here’s how it evolved. 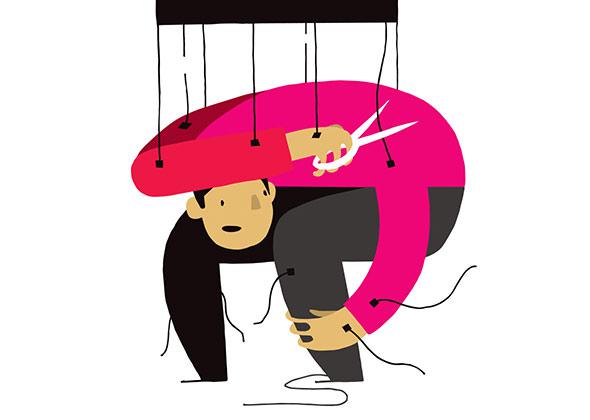 It has become fashionable to say that people have no free will. Many scientists cannot imagine how the idea of free will could be reconciled with the laws of physics and chemistry. Brain researchers say that the brain is just a bunch of nerve cells that fire as a direct result of chemical and electrical events, with no room for free will. Others note that people are unaware of some causes of their behavior, such as unconscious cues or genetic predispositions, and extrapolate to suggest that all behavior may be caused that way, so that conscious choosing is an illusion.

Scientists take delight in (and advance their careers by) claiming to have disproved conventional wisdom, and so bashing free will is appealing. But their statements against free will can be misleading and are sometimes downright mistaken, as several thoughtful critics have pointed out.

Arguments about free will are mostly semantic arguments about definitions. Most experts who deny free will are arguing against peculiar, unscientific versions of the idea, such as that “free will” means that causality is not involved. As my longtime friend and colleague John Bargh put it once in a debate, “Free will means freedom from causation.” Other scientists who argue against free will say that it means that a soul or other supernatural entity causes behavior, and not surprisingly they consider such explanations unscientific.

These arguments leave untouched the meaning of free will that most people understand, which is consciously making choices about what to do in the absence of external coercion, and accepting responsibility for one’s actions. Hardly anyone denies that people engage in logical reasoning and self-control to make choices. There is a genuine psychological reality behind the idea of free will. The debate is merely about whether this reality deserves to be called free will. Setting aside the semantic debate, let’s try to understand what that underlying reality is.

There is no need to insist that free will is some kind of magical violation of causality. Free will is just another kind of cause. The causal process by which a person decides whether to marry is simply different from the processes that cause balls to roll downhill, ice to melt in the hot sun, a magnet to attract nails, or a stock price to rise and fall.

Different sciences discover different kinds of causes. Phillip Anderson, who won the Nobel Prize in physics, explained this beautifully several decades ago in a brief article titled “More is different.” Physics may be the most fundamental of the sciences, but as one moves up the ladder to chemistry, then biology, then physiology, then psychology, and on to economics and sociology—at each level, new kinds of causes enter the picture.

As Anderson explained, the things each science studies cannot be fully reduced to the lower levels, but they also cannot violate the lower levels. Our actions cannot break the laws of physics, but they can be influenced by things beyond gravity, friction, and electromagnetic charges. No number of facts about a carbon atom can explain life, let alone the meaning of your life. These causes operate at different levels of organization. Even if you could write a history of the Civil War purely in terms of muscle movements or nerve cell firings, that (very long and dull) book would completely miss the point of the war. Free will cannot violate the laws of physics or even neuroscience, but it invokes causes that go beyond them.

The evolution of free will began when living things began to make choices. The difference between plants and animals illustrates an important early step. Plants don’t change their location and don’t need brains to help them decide where to go. Animals do. Free will is an advanced form of the simple process of controlling oneself, called agency.

The squirrel is more complex than the tree, and it does plenty of things the tree can’t. When chased by a dog, the squirrel needs to choose which direction to run. Its decision processes may be simple, but it does choose, nonetheless. Thousands of lab studies have shown how rats learn to make choices that bring them rewards. How did this simple agency evolve into the more complex style of choosing that people call free will?

Living things everywhere face two problems: survival and reproduction. All species have to solve those basic problems or else go extinct. Humankind has an unusual strategy for solving them: culture. We communicate, develop complex social systems, engage in trade, accumulate knowledge collectively, create giant social institutions (governments, hospitals, universities, corporations). These help us survive and reproduce, increasingly in comfortable and safe ways. These large systems have worked very well for us, if you measure success in the biological terms of survival and reproduction.

If culture is so successful, why don’t other species use it? They can’t—because they lack the psychological innate capabilities it requires. Our ancestors evolved the ability to act in the ways necessary for culture to succeed. Free will likely will be found right there—it’s what enables humans to control their actions in precisely the ways required to build and operate complex social systems.

What psychological capabilities are needed to make cultural systems work? To be a member of a group with culture, people must be able to understand the culture’s rules for actions, including moral principles and formal laws. They need to be able to talk about their choices with others, participate in group decisions, and carry out their assigned role. Culture can bring immense benefits, from cooked rice to the iPhone, but it only works if people cooperate and obey the rules.

If you think of freedom as being able to do whatever you want, with no rules, you might be surprised to hear that free will is for following rules. Doing whatever you want is fully within the capability of any animal in the forest. Free will is for a far more advanced way of acting. It’s what a creature might need in order to adjust its behavior to novel situations, to get what it wants while still following the complicated rules of the society.

People must inhibit impulses and desires and find ways of satisfying them within the rules. People also consciously imagine various future scenarios (“If I do this, then that will happen, whereupon I would do something else, leading to another result …”) and guide their present actions based on disciplined imagination.

That, in a nutshell, is the inner deciding process that humans have evolved. That is the reality behind the idea of free will: these processes of rational choice and self-control. It’s this or nothing. If you accept free will, this is what it is. If you insist on disbelieving in free will, these are the processes that are commonly taken for it. But either way, there is a real phenomenon here. And to understand human life, it is vital to understand how this phenomenon works.

Does it deserve to be called free? I do think so. Philosophers debate whether people have free will as if the answer will be a simple yes or no. But very few psychological phenomena are absolute dichotomies. Instead, most psychological phenomena are on a continuum. Some acts are clearly freer than others. The freer actions would include conscious thought and deciding, self-control, logical reasoning, and the pursuit of enlightened self-interest.

Self-control counts as a kind of freedom because it begins with not acting on every impulse. The simple brain acts whenever something triggers a response: A hungry creature sees food and eats it. The most recently evolved parts of the human brain have an extensive mechanism for overriding those impulses, which enables us to reject food when we’re hungry, whether it’s because we’re dieting, vegetarian, keeping kosher, or mistrustful of the food. Self-control furnishes the possibility of acting from rational principles rather than acting on impulse.

The use of abstract ideas such as moral principles to guide action takes us far beyond anything that you will find in a physics or chemistry textbook, and so we are free in the sense of emergence, of going beyond simpler forms of causality. Again, we cannot break the laws of physics, but we can act in ways that add new causes that go far beyond physical causation. No electron understands the Golden Rule, and indeed an exhaustive study of any given atom will furnish no clue as to whether it is part of a person who is obeying or disobeying that rule. The economic laws of supply and demand are genuine causes, but they cannot be reduced to or fully explained by chemical reactions. Understanding free will in this way allows us to reconcile the popular understanding of free will as making choices with our scientific understanding of the world.