A PhD should be about improving society, not chasing academic kudos

Too much research is aimed at insular academic circles rather than the real world. Let’s fix this broken system 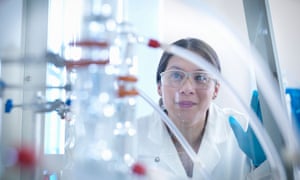 ‘Most academic work is shared only with a particular scientific community, rather than policymakers or businesses, which makes it entirely disconnected from practice.’ Photograph: Alamy

When you look at the stats, it’s hard not to conclude that the current PhD system is fundamentally broken. Mental health issues are rife: approximately one-third of PhD students are at risk of having or developing a psychiatric disorder like depression. The high level of dropouts is similarly worrying – and possibly another symptom of the same problem. Research suggests that on average 50% of PhD students leave graduate school without finishing – with numbers higher at some institutions.

What’s more, aspiring scientists who manage to finish usually take much longer than originally planned. For instance, a PhD in Germany is supposed to take three years, according to university regulations, but most students need five years to complete one. In the US, meanwhile, the average completion time for a PhD in education sciences surpasses 13 years. The result is that in most countries, PhD students usually don’t graduate until they are well into their 30s.

Although 80% of science students start their PhD with the intention to pursue a career in science, their enthusiasm typically wanes to the point that just 55% plan to continue in academia when nearing graduation. In any case, most are unlikely to be able to continue. One study found that for every 200 people who complete a PhD, only seven will get a permanent academic post and only one will become a professor.

Many academics enter science to change the world for the better. Yet it can often feel like contemporary academia is more about chasing citations. Most academic work is shared only with a particular scientific community, rather than policymakers or businesses, which makes it entirely disconnected from practice.

Take my example. I research how to mitigate the social impact of hydropower dams. My core paper on this topic has been cited three times so far. I read in the promotions guidelines at my university that if I want to be promoted from assistant to associate professor I need to accumulate significant citations. As a result, I have now published a paper in which I reviewed 114 definitions of a current academic buzzword, circular economy, to propose the 115th definition of this term.

In academic terms, this paper is a hit: it’s been cited 39 times since its publication. It is in the top 3% of all research outputs ever tracked by Altmetric, a tool measuring a paper’s influence among academics on social media. People I’ve never met before come up to me at conferences to congratulate me. But I’m not celebrating: this paper symbolises everything that’s broken in the academy. Academics love definitions, not solutions.

I wish the academy would incentivise scholars to improve society, not chase citations. I want us to reimagine a PhD that is designed not to win kudos within the academic community, but rather aimed at discovering something new that will be useful for practitioners and have real social impact.

This new PhD would see students go out into the field and talk to practitioners from day one of their research, rather than spending the first year (or more) reading obscure academic literature.

Students would then co-create the content of their theses with their supervisor as well as practitioners in their field of research.

Instead of labouring over every sentence of a 100,000-word dissertation locked away in an office, PhD students would share a concise 2,000-word draft with those practitioners to collect targeted feedback. They would finish their PhD when they have made a difference in the real world.

It’s time to disrupt the current PhD system to make it better for early-career researchers. We need to move away from a self-referential culture in which academicstalk only to their peers. Confucius said one of the core principles of the academy should be as follows: “The essence of knowledge is, having it, to apply it”. Reminding ourselves of this may help to fix the broken PhD machine.