We all know the types. The Ivy League professor who lost her driver’s license because she suffered another fender bender. The Fortune 500 CEO who was fired after an affair with his assistant. The brilliant movie producer who fell into bankruptcy after blowing millions at the racetrack.

These are people whose intelligence and talent landed them some of the most coveted jobs on the planet, and, yet, they made huge, forehead-smacking -- possibly career-ending -- mistakes.

A recent study goes a long way in explaining why. It shows that while raw intelligence accounts for certain successes in life, smarts do not guarantee future well-being. Indeed, critical thinking skills are far more predictive of making positive life decisions than raw intelligence, according to the study’s lead, Heather Butler.

Perhaps most important, Butler’s work underscores the idea that critical thinking can be learned and developed — unlike IQ which is largely genetic — and as Butler argues, better reasoning “can improve with training and the benefits have been shown to persist over time.”

So why do only 5% of the K-12 schools in the United States teach critical thinking? Why doesn’t our education system do more to promote richer forms of reasoning?

Before I answer these questions, a few words about Butler’s study. It tested 244 adults, ages 19 to 28, in three areas: IQ, critical thinking, and “an inventory of life events.” The critical thinking survey measured everything from hypothesis testing to problem-solving, and the inventory tallied “negative” events in every aspect of life including borrowing money to gamble, causing a car accident, and having unprotected sex. 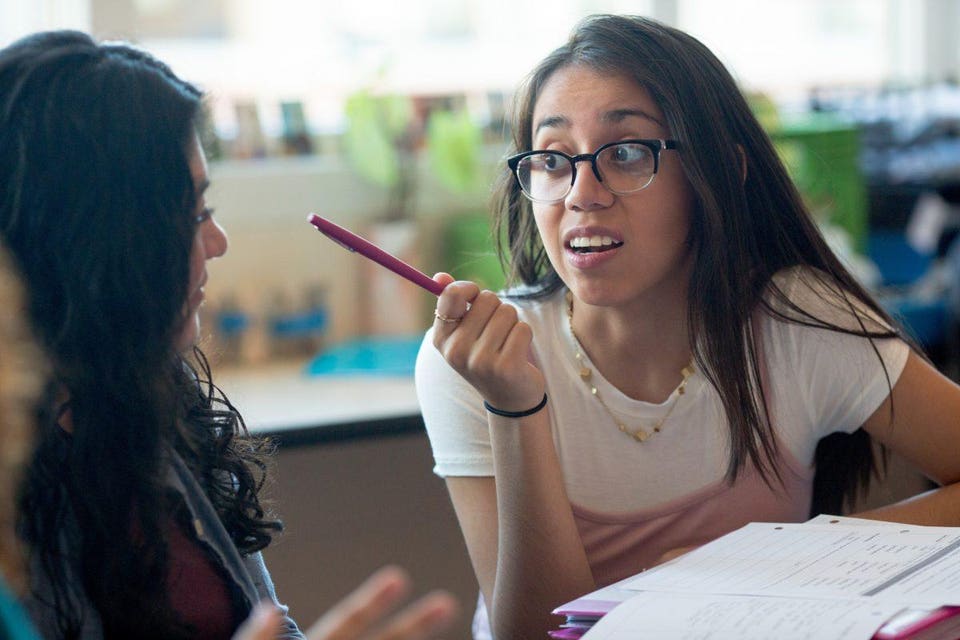 This brings us back to schools because it is their responsibility to help prepare kids for the future, and one of the goals of our country’s education system should be to provide students the ability to reason through problems and situations in effective ways.

But for the most part, schools aren’t providing instruction in the development of richer thinking skills. Too many institutions don’t teach students how and when to use evidence. Too many schools don’t help students learn to take opposing points of view or think through issues that don’t have clear right or wrong answers.

For employers, the lack of critical thinking has become pressing, and managers regularly complain that recent graduates lack robust reasoning abilities. According to one 2016 survey, more than half of companies say that new employees aren’t sufficiently trained in effective forms of critical thinking.

To address these concerns, some schools are changing their ways. At Two Rivers Public Charter School in Washington, D.C., for instance, educators aim to empower students with improved critical thinking skills. Students engage in a lot of project-based learning and are taught explicitly how “to identify the key questions in a problem, develop possible paths to a solution, and follow through with a solution.”

At St. Mary’s College in Maryland, critical thinking is part of the institution’s core curriculum, and the school describes better reasoning as one of the “cornerstones” of the school’s liberal arts education. The school even goes so far as to require a seminar that gives students a chance to practice the skill of critical thinking within a specific subject.

I would argue that the distinction is largely arbitrary, and effective schools should deliver instruction in high-quality reasoning within subject areas as well as a stand-alone subject. What’s more, there’s good evidence from a 2015 meta-analysis that both approaches to critical thinking instruction can produce high outcomes.

But in many ways, the first step is to simply recognize that critical thinking has become a crucial life skill — and that we need to do more as a society to make sure that all students have the reasoning skills that they need to succeed in the modern world.

I founded the Reboot Foundation, an organization that aims to better integrate critical thinking into the daily lives of people around the world. The foundation conducts surveys and opinion polls, leads its own research, and supports the work of university-affiliated scholar...