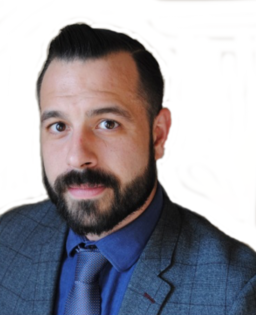 No Such Thing as 'Good' Critical Thinking

A process outline of what it means to be a critical thinker.

Leading on from my last piece, which discussed the importance, in some contexts, of CT for the purpose of being right, in most cases, it’s not about being ‘right’ or ‘wrong’. It’s about the process. For example, if you believe you have thought critically but your answer is wrong, then there’s a good chance that you haven’t thought critically. However, if you acknowledge uncertainty and that your stance might be falsified, then you’re on the right track. On the other hand, people are often right about some things, but fail to conduct CT regarding that ‘thing’.  Just because they’re right, doesn’t mean they got to ‘being right’ through CT.

Again, CT is a process. Imagine you are presented a bundle of information on the topic. To think critically about the information, you need to:

Evaluate – Examine the information and assess its: credibility; relevance to the central claim and other important propositions; logical strength; the balance of evidence; and the bias of the evidence.

Infer – Gather only the credible, relevant and logical evidence, while at the same time keeping an eye out for the balance and bias of the evidence; and draw a reasonable conclusion. To double-check your thinking, re-evaluate and see if the same conclusion should be drawn.

This may seem straightforward, but to think critically, we must conduct reflective judgment at the same time. That is, while we conduct these three steps (i.e. analysis, evaluation and inference), we must not only acknowledge the nature, limits and certainty of both the information we’ve been provided and our own knowledge; but also how these factors can affect how we both defend our judgments and recognise that our views might be falsified by additional evidence obtained at a later time (see King & Kitchener, 1994). In a practice, this means that we must be open to admitting that we don’t know or that we might be wrong, even after we have spent a lot of time thinking about something. As I mentioned in my last piece, people love to be right; but they hate being wrong more. Personally, I’d much rather admit uncertainty to being wrong!

Conducting the three core skills of CT, addressed above, is easier for some than others. However, what makes it tricky is the need for reflective judgment throughout the process. Being successful at reflective judgment takes a certain type of individual, with certain types of dispositions (Dwyer et al., 2016; Dwyer, Hogan & Stewart, 2015; Ennis, 1987; 1991; Halpern, 2014).

The relationship between CT skills and dispositions is important. It’s been in the past exemplified like: though an individual may be aware of which CT skills to use in a given context and may have the capacity to perform well when using these skills, they may not be disposed to use them. Conversely, an individual may be prepared and willing to use CT skills, but may not know how to do so (Dwyer, 2017; Valenzuela et al.2011). Neither of these cases will result in CT; however, considered in a different way, we might learn something about the nature of applying CT in the real world.

Consider another example: Someone is participating in the process of CT in good faith but missing the mark (e.g. unknowingly failed to evaluate some potential bias) versus someone who approaches CT as a tool for arriving at a predetermined answer that they refuse to give up. Do these scenarios sound familiar? Have you encountered cases like this before? Is there a difference? One is disposed towards critical thinking, but is not succeeding at doing it; and the other one knows how to do it, but chooses to corrupt the process because of a lack of disposition. Again, neither of these cases will result in CT. But is one better than the other?

In conclusion, there are no good critical thinkers – there are no bad critical thinkers. You either do it or you don’t. You might complete some of the skills during the process, but that doesn’t mean you thought critically. You might conduct all of the skills, but fail to acknowledge uncertainty - that, too, doesn’t mean you thought critically. You may acknowledge uncertainty and try your best to apply the skills, but again, that doesn’t mean you thought critically. CT is a collation of skills, dispositions and reflective judgment used to draw a reasonable conclusion or a solution to a problem. To think critically, you need to be inclined and motivated to analyse, evaluate and infer; you need to actually conduct these skills and you need to do so while self-regulating, with respect to acknowledging the nature, limits and certainty of both the information you’ve been provided and your own knowledge, as well as the potential for your views to be falsified by additional evidence at a later time. That process is CT and, if a step in this process is missed, it ceases to be CT. As there is no such thing as good or bad CT, and as those who try it in good faith are likely to want to do it ‘properly’, the take home point from this piece really becomes that much of whether or not an individual is thinking critically comes down to what Paul and Elder (2008) referred to as intellectual humility and integrity. If you believe you are thinking critically, can you say that you are honest about distinguishing what you know from what you don’t know? Can you say that you honestly hold yourself to the same standards that you expect others to meet? If you can honestly answer yes to both of these questions; if you are able to conduct the process outlined above and engage this process in good faith, then that’s a good sign that you are thinking critically. If you can’t, then you’re not. It’s not good or bad critical thinking, simply critical thinking or not.

Valenzuela, J., Nieto, A. M., & Saiz, C. (2011). Critical thinking motivational scale: A contribution to the study of relationship between critical thinking and motivation. Journal of Research in Educational Psychology, 9(2), 823–848. 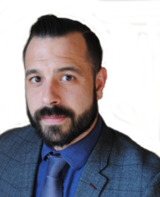 Christopher Dwyer, Ph.D., is a researcher and lecturer at the National University of Ireland, Galway.

No Such Thing as 'Good' Critical Thinking

A process outline of what it means to be a critical thinker.

How to Change People’s Minds

The art of debunking.