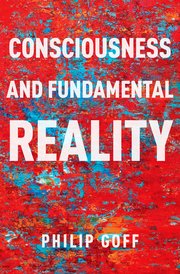 I am currently Associate Professor of Philosophy at Central European University in Budapest, although from next year I will take up a post at the University of Durham. My main area of interest is the problem of consciousness, the challenge of understanding how consciousness fits into our scientific picture of the world. In fact, I think that the problem has been already been solved.

I believe that Bertrand Russell’s 1927 book The Analysis of Matter did for consciousness studies what Darwin’s Origin of the Species did for the life sciences. Tragically, Russell’s novel contribution to philosophy of mind was pretty much forgotten about for much of the twentieth century, although it has recently been rediscovered leading to the view that has become known as ‘Russellian monism’.

The starting point of Russellian monism is that physical science tells you a lot less than you think about the nature of matter. In the public mind, physical science is on its way to giving us a complete account of the nature of space, time and matter. However, it turns out upon reflection – at least according to Russellian monism – that physical science is confined to telling us about how matter is disposed to behave and is silent on the features of matter that underlie its behavioural dispositions, generally referred to as its ‘categorical properties’.

To put it simply, physics tells us what matter does not what it is. Physicalists have spent a great deal of time and energy trying to explain consciousness in terms of the dispositional properties of physical science. But according to Russellian monism, consciousness is to be explained in terms of the categorical properties of the brain. In this way, Russellian monists can explain the perennial failure of physical science to explain consciousness, without turning to the dualist view that consciousness is beyond the physical realm. The result is an elegant middle way between physicalism and dualism, which retains the attractions of each whilst avoiding their problems.

In my recently published book Consciousness and Fundamental Reality,I bring together and critically evaluate much of the wealth of recent literature that has been published on Russellian monism, before defending a distinctive form of the view. Russellian monism is more of a general framework than a completed theory, and it will take decades of interdisciplinary work to fill in the details.

To set things in motion, I have, since finishing my academic book, spent a lot of time trying to reach out to a broader audience: scientists as well as the general public. I have published a number of popular articles and encyclopedia pieces on the topic, and I am currently writing a book aimed at a general audience, Galileo’s Error: A Manifesto for a New Science of Consciousness, which will be published in August 2019 (Rider in UK, Pantheon in US).