Critical Rationalism: A Restatement and Defence

David Miller
Open Court, 14 дек. 2015 г. - Всего страниц: 277
Critical Rationalism, Popper's revolutionary approach to epistemology and scientific method, conceives human knowledge as consisting of unsupported guesses or conjectures. Investigation is therefore concerned, not with conclusively justifying our ideas - a hopeless endeavor - but with inventing new unjustified ideas and ejecting faulty ideas from the corpus of knowledge by criticism and refutation. The critical rationalist approach has been attacked by those who contend that it is little better than pure skepticism or irrationalism, or that it surreptitiously smuggles in the notion of inductive support. David Miller elegantly and provocatively reformulates critical rationalism by answering all its important critics. He presents a full defence of Popper's solution to the problem of induction, especially in the form which relates to practical decision-making. All known attempts to impeach Popper's solution as skeptical, irrationalist, or implicitly inductivist, are carefully considered and refuted. Critical Rationalism includes a detailed discussion of the role of probability in scientific method. Dr. Miller critically dissects the claims of Bayesianism, argues that objective probabilities do exist in the world, and proposes a new objectivist interpretation that makes sense of objective single-case probabilities even in a deterministic universe. 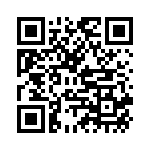 Out of Error: Further Essays on Critical Rationalism

David W. Miller
Ashgate Publishing, Ltd., 2006 - Всего страниц: 304
If there has been some modest advance, since Karl Popper's death in 1994, in the general understanding of his critical rationalist theory of knowledge and philosophy of science, there is still widespread resistance both to it and to the recognition of the magnitude of his contribution. Popper long ago diagnosed the logical problems of traditional enlightenment rationalism (as did some irrationalists), but instead of pretending that they are readily solved or embracing irrational defeatism (as do postmodernists), he provided a cogent and liberating rationalist alternative. This book promotes, defends, criticizes, and refines this alternative. David Miller is the foremost exponent of the purist critical rationalist doctrine and here presents his mature views, discussing the role that logic and argument play in the growth of knowledge, criticizing the common understanding of argument as an instrument of justification ...